With the new Release 5 software, Hammerspace is consolidating a broad range of improvements aimed at increasing system performance and usability. As a whole, these improvements expand Hammerspace’s ability to meet or exceed without limitations requirements for high-volume, high-performance work loads across silos in the datacenter, between multiple data centers, and between on-premises and multiple cloud providers and regions.

As a solution that already addresses the needs of decentralized storage and users, this new Hammerspace release goes even further, providing a 20% increase in metadata performance, and introducing official support for RDMA over NFS 4.2 that provides direct I/O between applications and any storage to support very high performance workloads. In addition, the release includes other system improvements that enable Hammerspace to now extend its Parallel Global File System to support up to 16 sites concurrently, doubling the supported site count from the previous release to support globally distributed workloads.

With this new generation of Hammerspace software, Release 5 brings maturity to the code base built on years of iterative optimization and field testing. Other highlights in this release:

1. High-Performance across Data Centers and to the Cloud: Saturate the Available Internet or Private Links 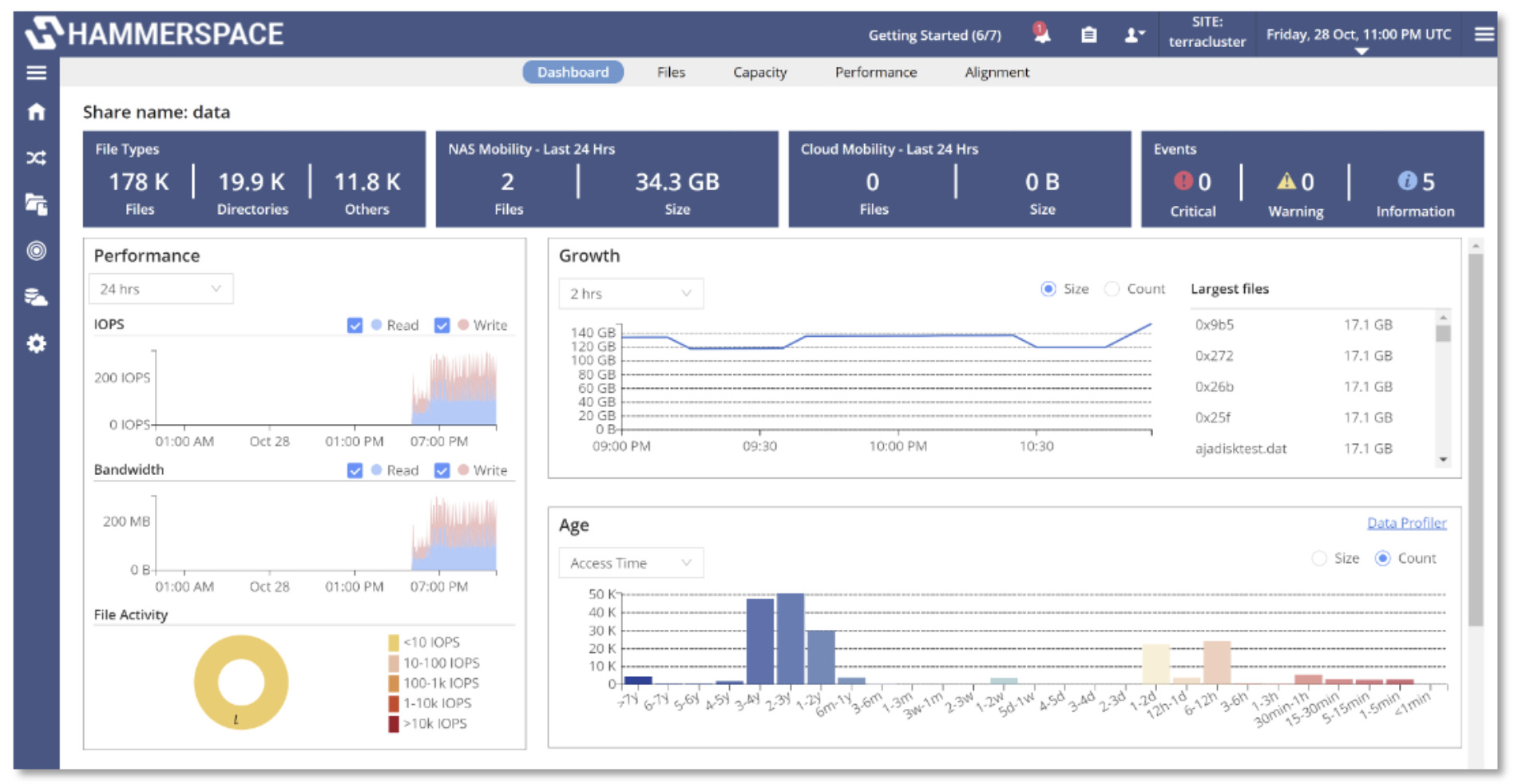 Hammerspace Release 5 includes major improvements to the primary Management GUI, providing customizable views so administrators can select the precise metrics they want to monitor data movement, storage utilization, file shares and more across all storage in the Global Data Environment. 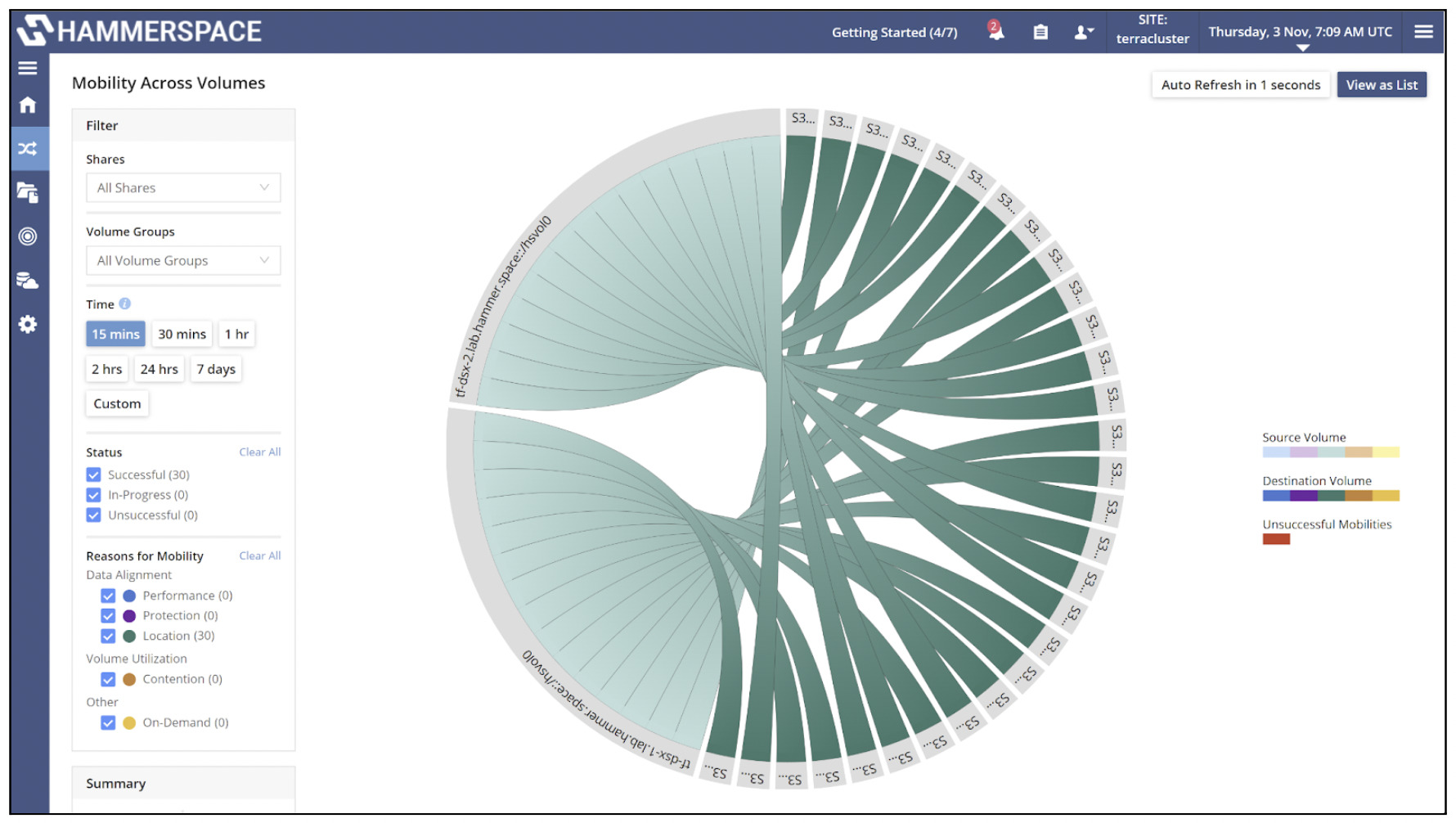 Hammerspace Data Mobility Viewer provides direct feedback to Administrators so they can monitor back-end file movement between shares and storage types in a Global Data Environment. This is one of many ways that administrators can maintain real-time global control across otherwise incompatible storage silos.

Hammerspace Release 5 is available now, and is rolling out in a controlled release. Please contract your Hammerspace rep, or customer support for more information.

Manage Cookie Consent
To provide the best experiences, we use technologies like cookies to store and/or access device information. Consenting to these technologies will allow us to process data such as browsing behavior or unique IDs on this site. Not consenting or withdrawing consent, may adversely affect certain features and functions.
Manage options Manage services Manage vendors Read more about these purposes
View preferences
{title} {title} {title}